The heads of the Ryerson Students' Union have been given one week to explain approximately $250,000 in credit card spending, which critics say includes numerous questionable expenditures over an eight-month period.

Oh, this is precious.

The union went on to use the card for purchases at an LCBO and at Casino Rama restaurant in Orillia, Ont., an expense which appeared on the statement just days after the board held a private meeting in the town.

"It's things like that that kind of made us question, are these purchases going towards students or are they just for the board members?" said Harris.

(Laughs.) Here's a photo of the two "Canadian" students: 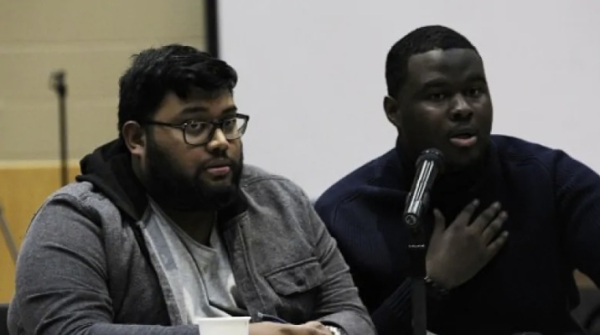 Hollywood should go for it. Possible suggested titles follow.