Zero Fucks Given
Bow down bitches!

A woman claiming to be a frequent AirAsia passenger says she’s fed up with the uniforms worn by the airline’s female flight attendants, and called them “quite disgusting” in a letter she penned to Malaysian Senator Hanafi Mamat — or so says Mamat, who claims he received the letter last week and who, coincidentally, had publicly criticized the uniforms in December.

In the letter, which Mamat shared to Facebook on Jan. 14, a woman calling herself Dr. June Robertson from Wellington, New Zealand, wrote that she was “pleased to read” that Mamat was unhappy with AirAsia uniforms, and added that she, too, was “very offended by the extremely short skirts these females wear on AirAsia.” 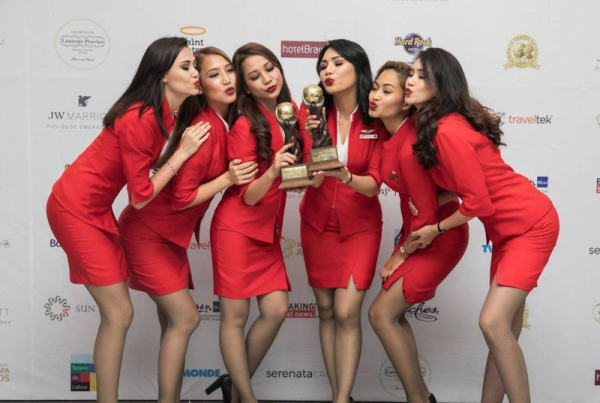 Oddly enough, reporters are having a hard time finding this outraged Dr. Robertson from New Zealand.

The real agenda is not that well hidden: