Andleeb Zaidi is a 20-year-old student at the National Institute of Fashion Technology in Hyderabad, India, who has been modelling since 2015. In a first-person account she wrote for The NEWS Minute, Zaidi says that while her extended family’s reaction to her photoshoots are extreme, it helps to give her confidence.

“One December night in 2015, [my father] called me to say that my mother was terribly upset because of what our relatives had said about me,” she writes. “That they had taken printouts of a bikini photoshoot I had for FBB Femina Miss India 2016, waved them in my parents’ face and said, ‘Look at what your daughter is doing!'” 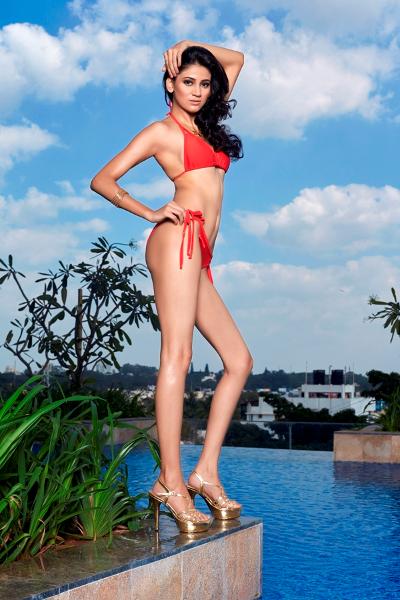 Not bad. For an Indian.

While she says that her family has calmed down somewhat over time, she is criticized online through her social media channels and accused of going against Indian culture and setting a bad example for other girls.

Speaking of that, the latest comment on this story:

She is a disgrace to islam... islam is about modesty... not showing your body for praises from people....if she choses to show her body then dont claim to be a muslim....