Out of order
Feminists love sharia

This photo via Bare Naked Islam: 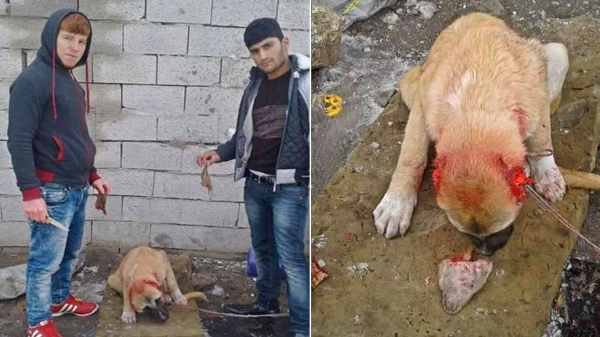 According to the information published on social media (and confirmed by a local newspaper) the thugs responsible for this monstrosity are Hasan Kuzu (the one of the left) and Neset Yaman (on the right). The two are, most likely, involved in dog fights and decided to punish one of their dogs for losing a battle in the most inhumane way possible. The two proceeded to cut the dog’s ears off with a sharp knife, with no anaesthetic whatsoever. They had a friend record the scene – during the video, which was uploaded online but has since been deleted, the dog howls in despair, begging for mercy, but the cruel attackers just keep on going.

What's amazing is that these monsters put the photos and video online like they did some cool, badass thing that they want to share with the world.

What they did is illegal. Let's see if Turkey is serious about enforcing the laws.