"Is it the inbreeding?"
#1 dumb infidel country

Nothing to do with Islam

I thought Tunisia was supposed to be a "moderate" Muslim country?

Under Tunisian law, having sex with anyone under the age of 15 is a punishable offense, and can land the guilty party in prison for up to six years. But a legal loophole allows the rapist to evade prosecution by marrying the victim.

The asinine law results in this sick case of "justice":

A 13-year-old girl's marriage to her adult step-brother after he impregnated her is sparking outrage in Tunisia.

A local court in Kef, Tunisia ruled that the unnamed girl, who is two years below the age of consent, "is considered fit for marriage" and permitted the pair to get married.

Rape and then marry your pregnant 13-years-old sister and avoid jail! That poor unborn kid. 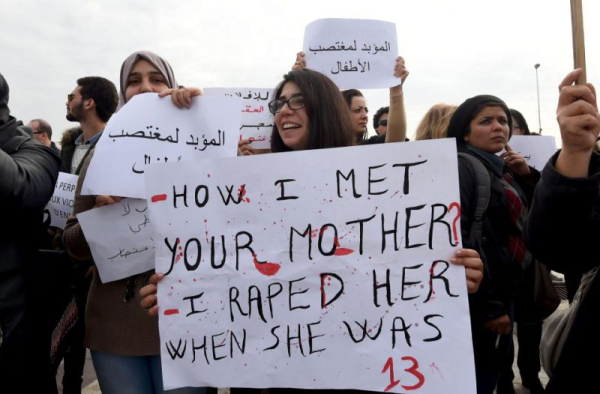