God-Emperor President Donald Trump Is On the Way

Title stolen from Vox Day who said this very recently:

I’ve been predicting a Trumpslide for literally months. In fact, one of our dark glow designs tee shirts is a Trumpslide tee shirt, and I’m entirely confident that the sales of that are going to go through the roof after November 9th, because I think that we’ve seen the movement in the polls that I felt was necessary. There was a strong and consistent movement right up until the whole pussy gate encounter brought an end to that. That’s when I started to think, “Okay, maybe he’s going to win, but he’s not going to win big.”

Oh, and please, spare a thought for a) the Muslims in America who overwhelmingly voted for Crooked Hillary, and b) those millions of Islamic rapefugees refugees who won't be able to spread their, er, diversity in America. 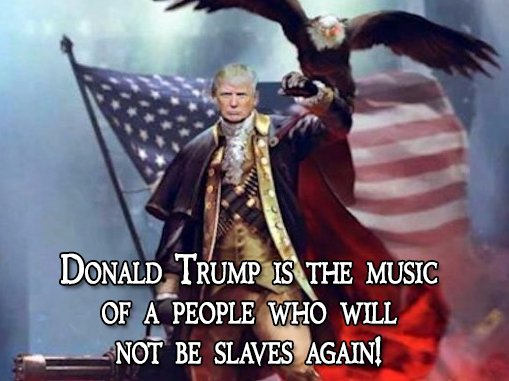