The blessings of the burqa
Abdul Razaq Ali Artan

A Muslim immigrant doing the job that American won't do:

A man plowed his car into a group of pedestrians at Ohio State University and then got out and began stabbing people with a butcher knife before he was shot to death by an officer Monday morning, campus police said.

Nine people were hurt, one critically, and Columbus Police Chief Kim Jacobs said police were looking into whether it was a terrorist attack. The FBI and other agencies joined the investigation.

Who was the culprit?

NBC News has identified the suspect as 18-year-old Abdul Artan. According to NBC, Artan was a Somali refugee and Ohio State student who left his homeland with his family in 2007. They lived in Pakistan before coming to the U.S., where Artan became a permanent resident in 2014.

Remember, this has absolutely nothing to do with Islam. It's an isolated incident. 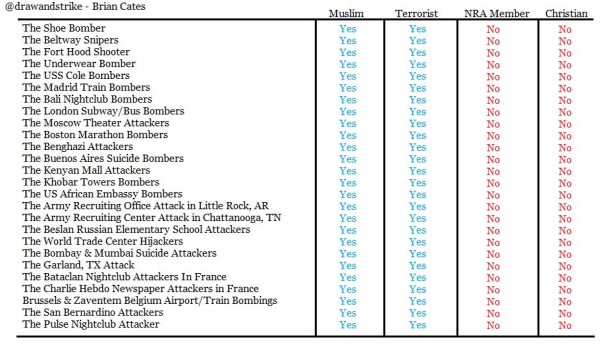