Comedy gold
An extra from ...

What would make the Germans believe such a thing?

A vast majority of Germans believe terrorism will soon strike Germany, with 77 percent fearing an attack will take place in the near future, according to a new survey.

CTV News has video footage of the man who started the shooting outside of a McDonald's:

A manhunt was underway Friday for a shooter or shooters who opened fire at a shopping mall in Munich, killing six people and wounding others, police and media reports said. The city transit system shut down and police asked people to stay inside their homes and otherwise avoid public places.

Sounds like the Amish are getting out of control again.

Andraes declined to elaborate. Police say 10 people were killed, including the suspect, in the shooting in the Bavarian capital.

Sixteen people were injured, including three serious and 13 not serious. Investigators believe the shooter, an 18-year-old German-Iranian, killed himself and appears to have acted alone. 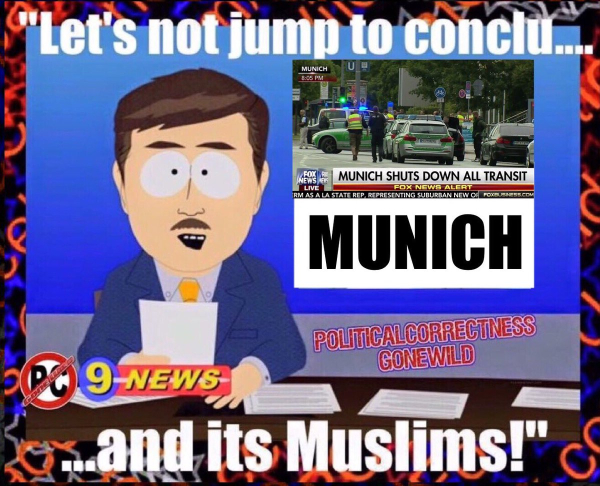