Cablevision announced today that starting May 11 it will be offering a new “ultra” tier that will grant users a blistering (by North American standards, at least) 101 Mbps downstream and 15 Mbps upstream all for $99.95 a month.

Christmas will come early for some.

The ideal interest rate for the US economy in current conditions would be minus 5 per cent, according to internal analysis prepared for the Federal Reserve's last policy meeting.

The analysis was based on a so-called Taylor-rule approach that estimates an appropriate interest rate based on unemployment and inflation.

A central bank cannot cut interest rates below zero. However, the staff research suggests the Fed should maintain unconventional policies that provide stimulus roughly equivalent to an interest rate of minus 5 per cent.

The Battle of the Sexes, where the women's field of elite runners competed against the men, didn't pan out the way race officials had hoped. Even after giving the women an 18 and a half-minute head start, five of the Elite men finished before the top woman.

BECAUSE OF THE OPPRESSION!

Link via Vox Popoli who makes an excellent comment.

The largest model rocket so far.

One shot in Tokyo and this psychedelic one in Chiba.

From a commenter there comes this link:

Syed Ali was in Dubai interviewing expatriate workers for a book. The day before he was due to leave, six strangers arrived at his flat and took him to the police compound. A 13-hour interrogation lay ahead ...

"What do you mean?" I asked. "I think it is the Jewish," he said. "Why would 'the Jewish' be funding me, a Muslim American, to ask questions of people in Dubai?" "I do not know, but I think it is them ... and maybe the CIA."

In addition to being anti-semitic morons (sorry for the repetition), they're also utterly incompetent -- read the last few paragraphs.

The Nature of Government

Bill Whittle showcases some jaw dropping idiocy from CNN; the network has finally realized that comparing POTUS to Hitler isn't kosher. Though, that may change by 2013. Also, the part near the end where the ignorant reporter is being educated by a passionate protester is classic.

Much reviled in academic essays by right-wing blog-o-sphere superstars as an anti-feminist "veil of oppression" and at times overly-theorized by Western scholars, the abaya is yet another Middle Eastern victim of misrepresentation in the West.

Oh yes, that big, black, cotton garbage bag is the victim. The women who're murdered or beaten upon refusal to wear the cloth are, for some strange reason, forgotten.

In Saudi Arabia, the mutaween (the religious police) has the authority to assault women who dare show their arm or ankle in public. Many Arab girls died because the mutaween refused to let them leave a burning building in 2002.

Last year in Iran, women were brutally attacked and arrested in public for the crime of "immodesty": 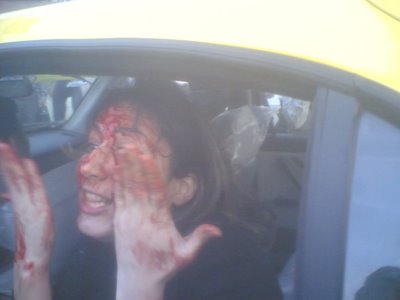 During my two weeks in the Emirates, I spent nearly everyday draped in the shoulder-to-toe black cloak-a decision made by choice and not force. Having been raised all my life in the states, this decision might come as one of shock by my rah rah female compatriots. Interesting enough, as I embark on my flight back to the states, one of the things I will miss the most about my experience in the Emirates is the culture of the abaya.

Just how spectacularly dumb do you have to be to choose this in one of the hottest places on Earth? 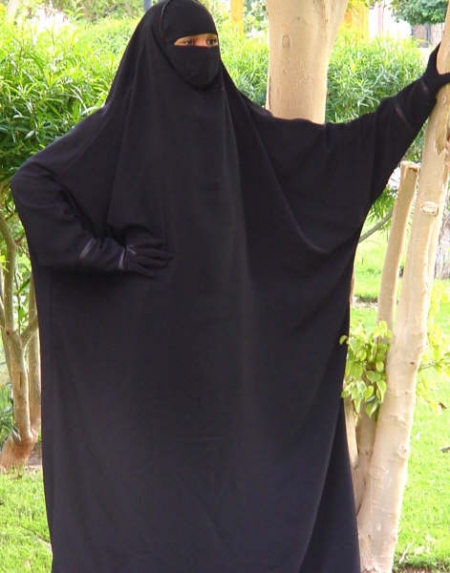 The fourth trailer is out for Harry Potter and the Half-Blood Prince. Watch it in HD if you can. I especially like the part where Gollum's cousins come out of the water.

The End for Some

The Walkman, Discman and MiniDisc player: The multitasker's dream, the Sony Walkman portable cassette player changed the way the world listened to music in 1979, quickly becoming the hottest accessory of the early 1980s.

In 1984, Sony trumped itself with the introduction of the Discman, the CD version, which allowed for individual tracks instead of one never-ending, albeit varied, song.

Eight years later, a new format, the MiniDisc, essentially a tiny CD in a cartridge, caught on in Europe and Asia. But it fizzled in the U.S., where oblivious Yanks kept on listening to their Discmen until they were killed off by iPods in the early years of this decade.

I bought a Sony Walkman in the late 90s. At the time, I went back during the summers to Saudi Arabia where my family lived -- the numerous audio cassettes and the radio provided some relief in that hell.

Ezra Klein via Just One Minute via Instapundit:

Income taxes do tilt upward. But they're the progressive bit of the federal tax wedge. Other federal taxes, like the payroll tax and the excise tax, are not progressive. (And we're not even going to get into state income, which are frequently regressive) That's why CBO calculates something called the "effective federal tax rate." The EFTR is simply a households’ federal tax liability divided by its income.

I find it a useful measure. Again, by definition, it tells us what percentage of one's total income is paid to the government as federal tax.

Klein, however, is not clear on the concept:

They look so nice from far away.

The tilt shift effect is quite something.

This video is priceless.

The cutest case mod ever.

A Small World Without Men

I had headhunted to achieve my utopian dream - a female- only company with happy, harmonious workers benefiting from an absence of men.

It was an idealistic vision swiftly shattered by the nightmare reality: constant bitchiness, surging hormones, unchecked emotion, attention-seeking and fashion rivalry so fierce it tore my staff apart.

The office was like a Milan catwalk, but with the competitiveness of a Miss World contest - and the low cunning of a mud-wrestling bout.

A beautiful comment at the end by a reader:

I am sorry to hear the author's company went bankrupt despite her hard work. However, she claims life in TV is notoriously tough for women, there is a robust glass ceiling and the men are misogynist. Does it not occur to her, after this experience, that life in TV is tough for everyone, and that the kind of behaviours she has described could be what hold women back and make men hesitate about trusting them?

"The Patriarchy is holding me back" is a lot more soothing than accepting responsibility for one's moronic actions.

Cool software if your desktop is cluttered.

This is so ridiculous that even the Onion couldn't parody it.

THE bra market is expanding, literally. Up to 40 per cent of Australian women now buy bras with a cup size of DD or higher, new figures from lingerie suppliers show.

Yeah, but before you move down there, do you speak “Australian?”

Just hours after North Korea launched a long-range rocket, President Barack Obama called for "a world without nuclear weapons" and said the United States has a “moral responsibility” to lead the way, as the only nation ever to use them.

What an utter moron. The disarming of decent people has never convinced thugs to do the same.

Shot from the 82nd Floor

In one of today’s more surprising announcements, Apple and McDonald’s are today partnering in a cross-brand product effort.

“We realized the overlap when we started selling the new 13- and 15-inch Unibody MacBooks last October. During our busy holiday season, customers would come in looking for the 17-inch version asking if we had the Big Mac,” explained Pullman Legwand, an Apple Genius at Apple’s flagship Apple Store.

Apple and McDonald’s marketing teams saw the problem and came together to create a brand new product that would effectively bridge the two company’s clientele: the iMc.