Ever wondered about the reasons for genocide in Sudan?

Wonder no more -- a reader emailed this in:

Sheikh Sadeq Abdallah bin Al-Majed: "The West, and the Americans in particular, have been planning this for years."

Interviewer: "The West or the Americans?"

Sheikh Sadeq Abdallah bin Al-Majed: "The Americans in particular. The reason is that they studied this region extensively - the Darfur region in particular - and realized that it is full of treasures, the likes of which have never been found elsewhere in Sudan."

Later on a different person offers his take.

"Nobody talks about what is going on in the Congo, because it cannot be presented as a war between Arabs and Africans. This is the phobia and hysteria that has afflicted America and the Western regimes. They must have an enemy to fight, after the collapse of the Soviet Union in the early 1990s. They have set the Arabs, of the Muslims, as the target, and have begun to operate accordingly. The humanitarian tragedy lies in other countries, and it is caused by America. The humanitarian tragedy is not here, in Sudan. Who supplied weapons to the rebels? Who financed their activities and supplies them with weapons? The president of the republic declared in his recent press conference that it is the U.S., through Roger Winter and others. They are the ones who ignite conflicts and then try to profit from them. This civilization feeds on blood - human blood, I'm sad to say."

And all this time, I thought it was artificially flavored. 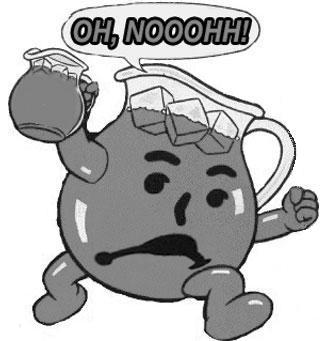 I remember reading that some official at an Arab League summit proclaimed that all media coverage of the genocide in Sudan was a Zionist plot to defame the Arab people.

That's ridiculous! Our civilization feeds on human brains. What we drink is oil. Now some of us bathe in human blood but that is a purely recreational thing. It keeps ya young. And slippery. Or so I am told.

Josh Scholar: Of course. Muslims, and by extension most Arabs, don't ever perform bad acts. Ergo, this awful coverage is made up by the inherently evil, Jewish-controlled, West.

Of course. Muslims, and by extension most Arabs, don't ever perform bad acts.

I've come to a different conclusion. People tend to make sense of their world by learning rules to apply. And the rule in Islam is that Muslims are supposed to be violent - God demanded that. They're supposed to be the top dogs. And they're supposed to commit ethic cleansing, Mohammad committed ethnic cleansing at Medina, he foretold that wonderful second coming (or whatever it's called) won't happen until Muslims kill the Jews (and emphasized in his telling that all of creation, the universe itself hates Jews and wants them slaughtered) and on his deathbed he asked his followers to cleanse the gulf of unbelievers right then..

So when Muslims hear that their own people are committing terrible violence, genocide or ethnic cleansing they feel comforted. They feel that things are right, that they are going as God intends.

Whenever they see a non-Muslim hold any reigns of power (and therefor potential control over violence and society) they go insane. That is what God requires them to overthrow.

And so Saddam is loved even though he filled the mass graves. Perhaps he's loved even more because of filling the mass graves - because, as I said, that fits the template of Islam, that Muslims commit terrible violence over the mass of society and control by terror. It is Islamic and therefor comforting.

It doesn't matter so much that the victims are Muslims - it still fits the template and it's still comforting, as long as the people doing the killing are more similar to you than the ones being killed. After all, to be a Muslim you have to accept that mass violence is good, so why should they be bothered by it as long as they're the ones committing it?

So what's objected to is the idea that this can be criticized! Criticizing Muslim mass violence is a heretical attitude, and must be crushed along with everything else unislamic.