An Irresistible Attraction
Those Jews, Again.

Saudi clerics want to impose restrictions on women praying at Islam's holiest shrine in Mecca, one of the few places where male and female worshippers can intermingle.

Plans by the all-male committee overseeing the holy sites would place women in a distant section of the mosque while men would still be able to pray in the key space.

Basically, they want to ban women from the Kaaba: 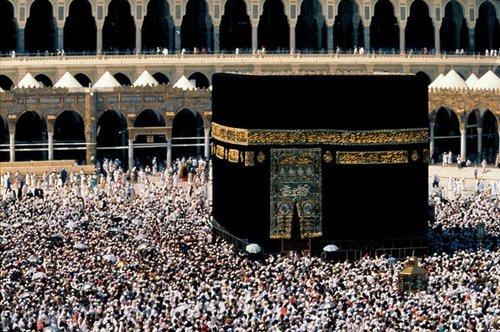 One of the rituals during the Haj and Ummrah (non-Haj, in essence) is that people walk around the Kaaba seven times. The closer one is to the Kaaba, the shorter the distance that's covered. And of course, the farther away one is from the Kaaba, the longer it takes to make seven rounds.

Life just doesn't get any better for Muslim women.