Nooriya Al-Ebi, of Erie, Penn., casts her vote into a ballot box in the Iraqi election Sunday, Jan. 30, 2005, in Southgate, Mich., near Detroit: 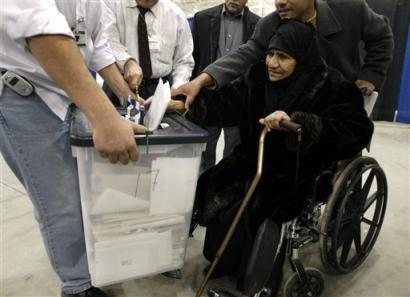 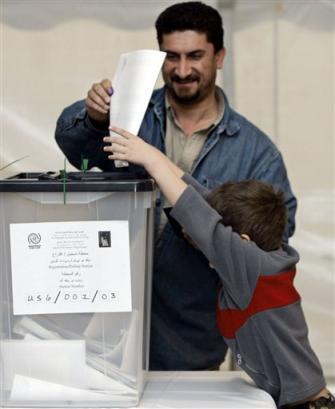 Iraqi women show off their ink stained fingers after voting at a polling station in the Salhiyah district of Baghdad: 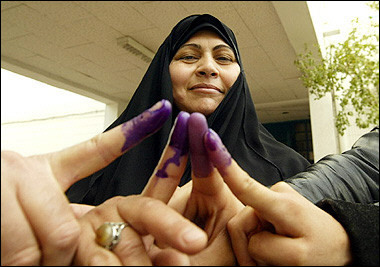 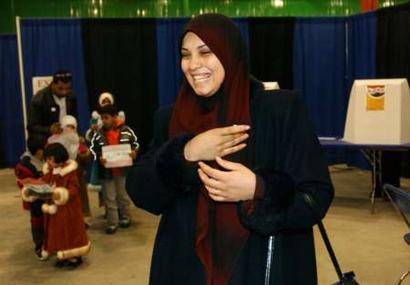 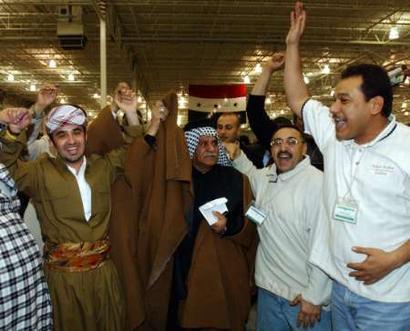 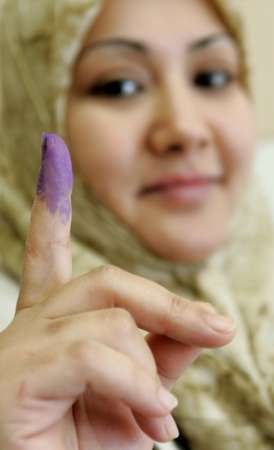 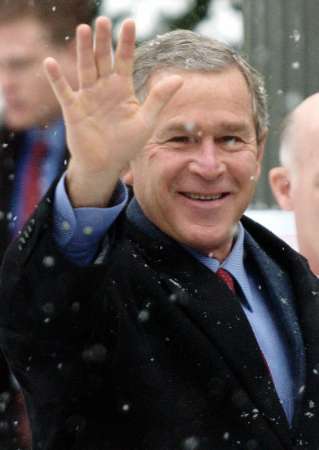